How Do You Jew?

How Do You Jew?

A public-access TV show based on original research about the little-known Jewish history of the American toy industry. Hosted by Geoffrey Giraffe and featuring Mr. Potato Head as foul mouthed co-host.
Project Status:One 4 episode season completed. Seeking support for a second season and marketing and distribution for the first season. 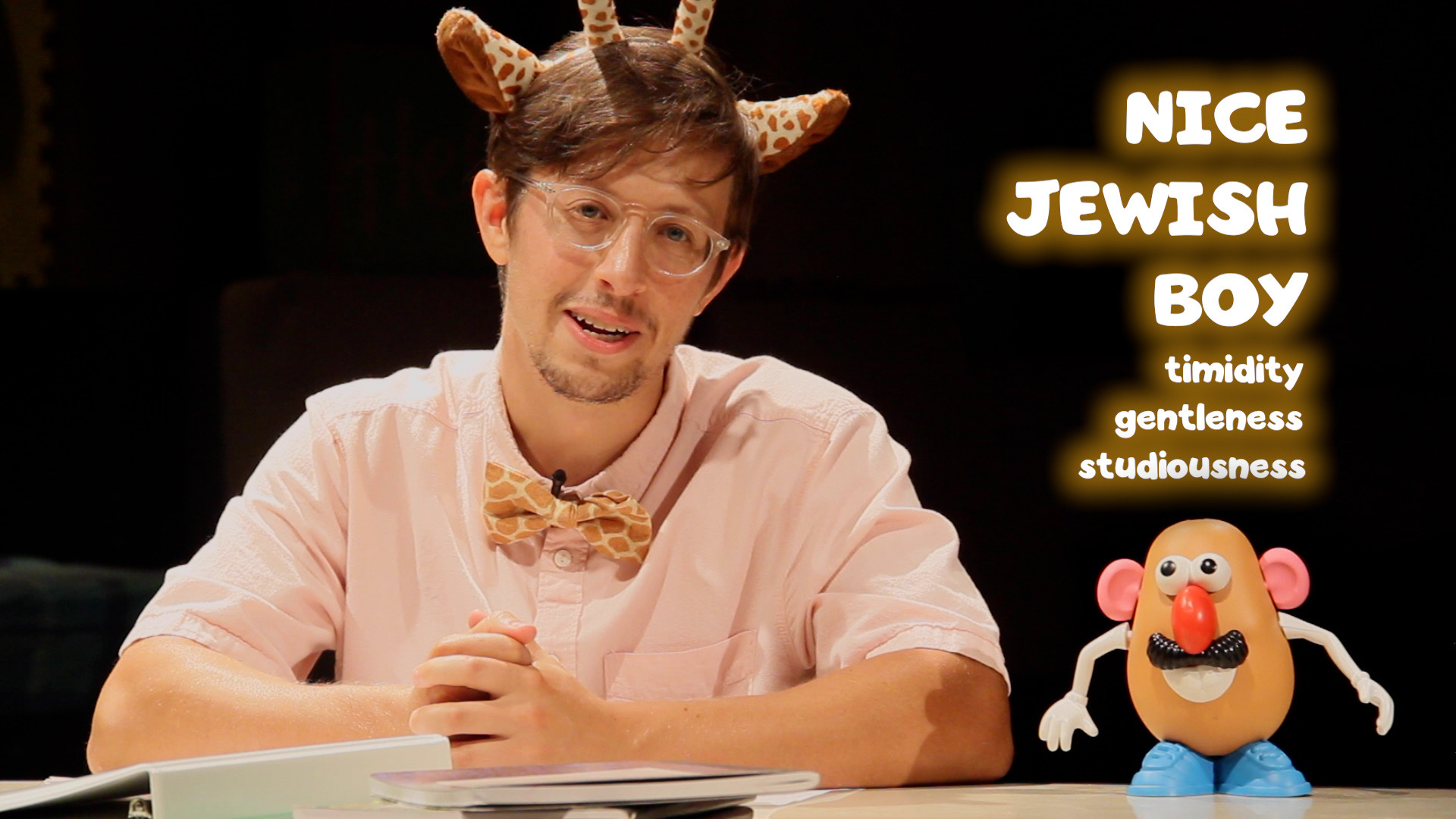 Life is tough for Geoffrey Giraffe Jr.
Barbie dumped him for G.I. Joe, his father disowned him, and he’s living in an abandoned toy warehouse. But, “When Hashem closes a door, he opens a window!” With the help of foul-mouthed co-host Mr. Potato Head, Geoffrey is determined to stay positive and produce a public-access TV show for Jewish boys.

"How Do You Jew?" weaves together historical research and character-driven dark comedy to grapple with big ideas like late stage capitalism, whiteness complicated by Jewishess, toxic masculinity, and the post-WW II plastic boom.

Mason Rosenthal is an original performance maker, director, actor, and teacher raised in Skokie, Illinois. He is a founding co-director of Lightning Rod Special (recent: NYT' 'Best Theater of 2019' "The Appointment," Jenn Kidwell and Scott Sheppard's '16 Obie Award for Best New American Theatre Work "Underground Railroad Game") and a member of The Medium Theatre Company (recent: "Nobody's Home," and "Nobody Knows" the podcast). With Lightning Rod Special, Mason has created two original audio works as part of LRS' 2021 Sound Break series: "Nosejob" and "SUPERHOST."
​
Mason's original work has been supported by The Ground Floor at Berkeley Rep as part of their 2019 Summer Residency Lab, by FringeArts as a 2012-2013 LAB fellow, by Haverford College as a Tuttle Creative Resident, and by residencies and grants from Rude Mechs, The June and Steve Wolfson Award for an Evolving Theatre Company, Austin Cultural Arts Division, The University of Texas at Austin, The University of Pennsylvania, Roger Williams University, Colgate University, Wyncote Foundation, Pennsylvania Council on the Arts, Philadelphia Cultural Fund, Network of Ensemble Theaters, Rhode Island State Council on the Arts, White Pines Productions, The Orchard Project, and New England Foundation for the Arts. He holds a BFA in Acting and Public Policy from New York University and an MFA in Performance as Public Practice from The University of Texas at Austin.