a slow burn drama driven by a complicated black female cop who is in constant conflict with her chosen career.
Project Status:In development. Seeking production. 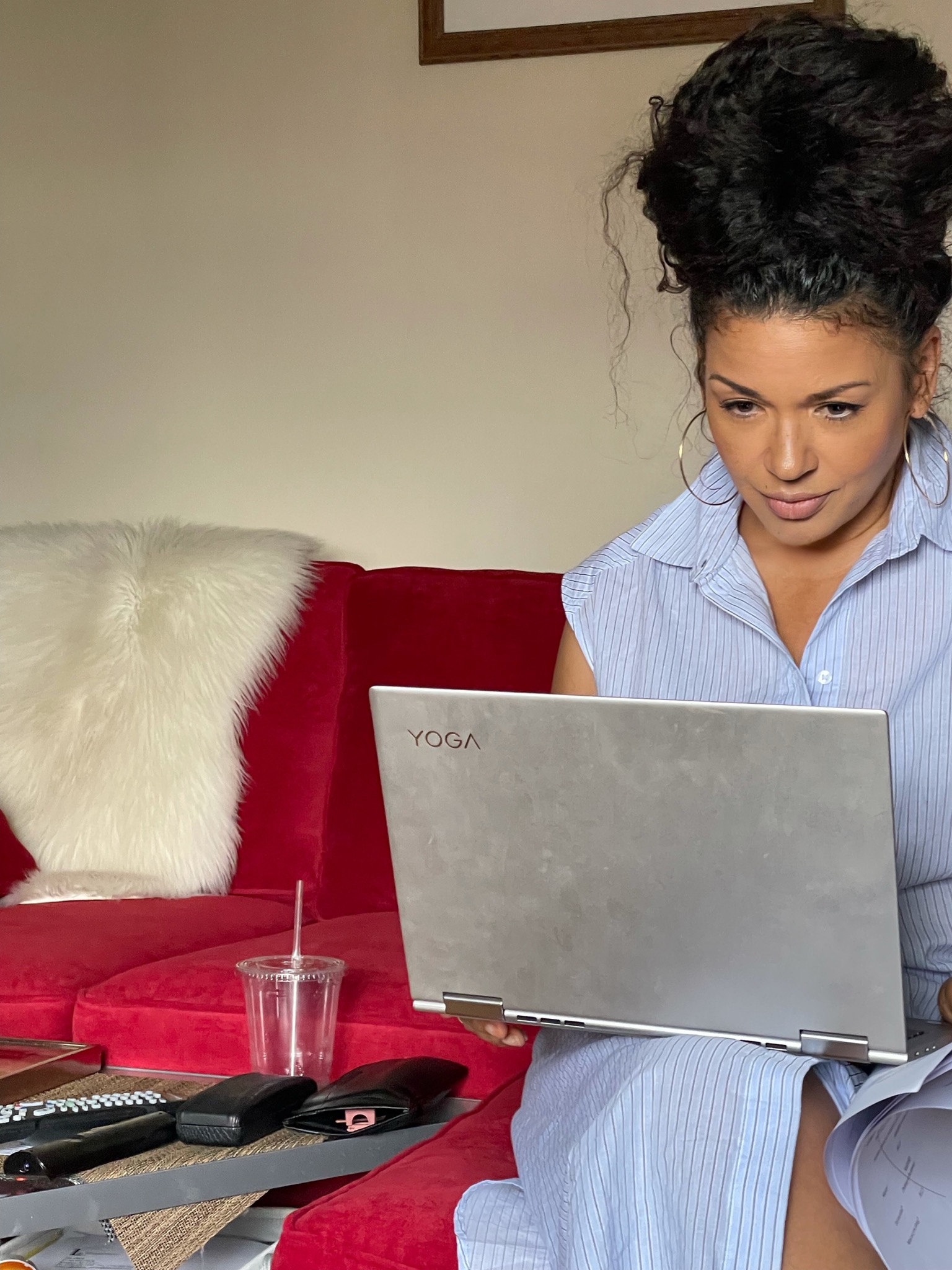 Linda Tyler, a decorated Black, female LAPD detective closes in on a murder case when she gets news from her hometown about the sudden death of her best friend. Once in Philly a can of worms opens up revealing her friend's death as suspicious. Linda, forever the outsider, gets whiff that their childhood friends from the old neighborhood, Wynnefield, must somehow be involved. Her sense of justice compels Linda to relocate to Philly and take on the deceit, lies, coverups and possible homicide.

Linda went to LA to find success as an actress. Talented and driven she also had another passion, social justice. Linda became consumed with the horrors of unarmed Black people being murdered by police. The Trayvon Martin murder broke something inside of her to the point of depression. Always true to herself, Linda gets a bright idea: to change the system from the inside and joins the Los Angeles Police Department where she works her way up to homicide detective. Its ironic that she becomes a star on the police force when her previous dream was to be a star of stage and screen.

Estranged from her family back East, Linda has plenty of reasons to stay away. But then the last connection to Philadelphia, her childhood bestie, suddenly dies from a drug overdose. Linda is forced to go home and once there she must confront old friends and family, the very things she distanced herself from, to solve this unfolding mystery. In her purpose to bring justice to her community, Linda makes the decision to straighten out the mess she encounters surrounding her friends death. This leads her to change jurisdiction as a police officer. It may or may not work. She just may have to go solo and be the PI she was probably born to be.

The first season of the Wynnefield will take us down the horrors of addiction and the big money business that drives it. We will unpack the roles of all subjects that lead to the overdose death of Linda's best friend including the tight group of childhood friends, the family trauma, the Pill Mill doctor, and the connection that crosses all the way to China.

Yvette Ganier is an Obie award-winning actor and creative who lives and works out of New York. Ms. Ganier is known for working with August Wilson on three of his last four plays originating the roles of Rena in Jitney and Black Mary in Gem of the Ocean and featured as Tonya in King Hedley II at the Goodman Theatre followed by the Kennedy Center and Broadway where she understudied Viola Davis. Some of Yvette's other credits include Broadway - The Miracle Worker, King Hedley II*; London - *Jitney*; Off-Broadway/NY - The Slow Room, The Block, Pitbulls, Breath Boom, Jitney, For Colored Girls* Regional: The Goodman and Steppenwolf theaters in Chicago; The Mark Taper Forum in LA; The Curran Theater in San Francisco; Baltimore CenterStage; Philadelphia Theatre Company, The Wilma Theatre and Freedom Theatre in Philadelphia; Cleveland Playhouse; Actors Theatre of Louisville; Seattle Rep and The Intiman in Seattle. Film/TV credits include roles on Netflix, Showtime, NBC, CBS, ABC, Lifetime. Yvette has worked with directors Darnell Martin, Lucy Liu, Ernest Dickerson, Charles Dutton, Amy Hobby, Melvin Van Peebles, Darius Clark Monroe and the 2019 Sundance Grand Jury Prize winner Chinonye Chukwu. Yvette is currently recurring in New Amsterdam on NBC as Nurse Linda Weber and stars as LaDonna Gooden in the upcoming digital series, Ms/Manage. Yvette is happy to announce that she is co-producing and acting in the new digital series, I’M Done Dating. In addition, Yvette is a member of the 2021 Orchard Project’s Greenhouse Lab in development of her play, Miss New Orleans and her TV Pilot, Wynnefield which is a Philadelphia based drama. Currently, Yvette stars in The October Storm by Joshua Allen (Empire, In Treatment) as the lead character, Mrs. Elkins at The Hudson Stage Company. Other awards include an LA Ovations Award, NAACP Image Award and the AUDELCO Award.