A Mother is a radical adaptation of Brecht's The Mother, the story of a mother who become radicalized for/by her son. Set in 1980s Miami it combines personal and social history, disco and gospel.
Project Status:in development 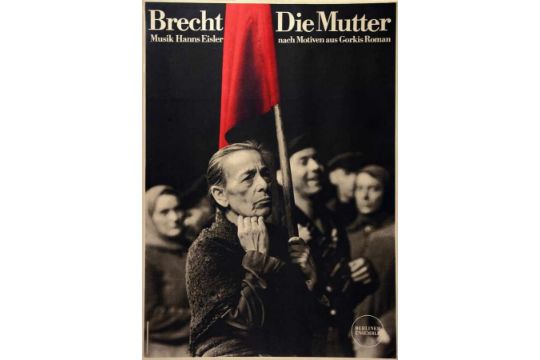 A Mother is a radical adaptation of Brecht's The Mother. it tells the story of a single working mother who becomes politicized first to protect her son and then even more ardently following his murder. Our version is set in Miami 1980 during the violent aftermath protesting the murder of Black businessman Arthur McDuffie at the hands of a gang of white and Latino Miami-Dade police officers. A Mother weaves together personal history and our own searing memories, while incorporating source material from the period as well as original text from Brecht'd play -- a play that he in fact wrote with unattributed women --that examines the link between motherhood and social justice. Part documentary, part autobiography, part disco, we aim to create a compelling revelation of how art is made from memory, violence, hope, history and synchronized swimming.The text indicates movement between multiple realities, each scored by a different musical genre: disco, reggae, salsa and Afro-Cuban beats-along with original Brecht numbers re-arranged as gospel, klezmer, and folk protest songs. It is designed to be performed by 7 actors, but can accommodate as many as 30.

A Mother is the collective effort of actor Jessica Hecht; writer Neena Beber; dramaturg/performer Fareeda Ahmed; director Maria Mileaf; and composer Dionne McClain-Freeney. Jessica initiated the adaptation of Brecht's The Mother with long-time friend and collaborator Neena Beber. Jessica is a Tony-nominated, Obie award-winning actor whose theater work includes three Broadway productions of plays by Arthur Miller and twelve seasons at Williamstown Theater Festival. Neena is a playwright and screenwriter whose collaboration with Jessica began at NYU’s Tisch School of the Arts. An alumnus of Harvard and New Dramatists, Neena’s work is published by Samuel French and widely anthologized. Maria studied at Yale and UCSD and is most recently a recipient of a Barrymore Award for Outstanding Direction. Fareeda, a graduate of Barnard and Stanford, is a poet and actress presently starring in Brecht on Brecht. Dionne, a member of BMI’s Lehman Engel Musical Theater workshop, has presented original work at Joe’s Pub and many of New York’s most beloved churches. Together Jessica, Neena, Fareeda, Maria and Dionne have cross-pollinated at BMI, The Williamstown Theater Festival, New Georges, and the Public Theater, among other venues. The script for A Mother has been developed at Williamstown and in virtual residency at The Orchard Project’s Performance Lab.