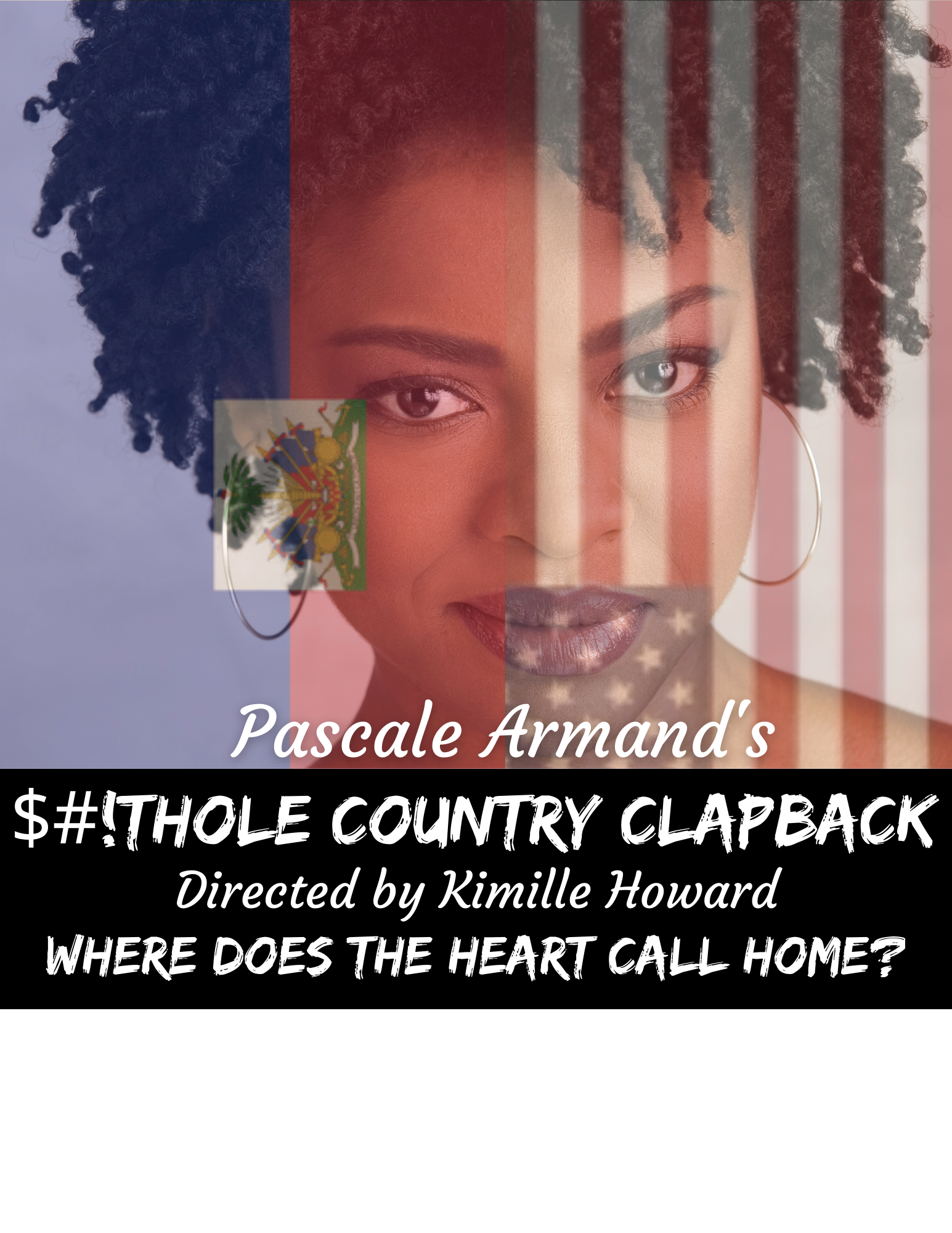 Trump's statement fueled a written response to his ignorance which chronicles Pascale's family's immigration story to and from America. What does a Haitian-American do when the two parts of her identity are pitted against each other? Where does she call home? These intricacies are highlighted and examined in $#!thole Country Clapback. A huge focus of this show is to educate audiences about the relationship between Haiti and America. The international community does play a role in Haiti's current state, however other leaders/countries have not been as brazen as Trump to make such erroneous statements
about a country and its present condition and have no accountability for it. Given the stain Trump has left on America and the havoc he still wreaks, it is important to teach audiences about this history and relationship between the two nations that has been tension-filled since inception.
As we are still in the midst of multiple immigration struggles in America, telling this story is more than relevant and necessary as immigration issues pretty much go hand in hand with conversations about race. Discussing the history between Haiti and America has more than earned its place in current discussions as we go through a racial reckoning in the United States.This personal depiction of a first-generation hyphenate American navigating life between two cultures is worth examination, development and attention.

Pascale is an award-winning actor. Within her body of work, Pascale has had the pleasure of appearing on Broadway in the history-making production of Eclipsed by Danai Gurira (2016 Tony-nominee for Best Performance by an Actress in a Featured Role in a Play) and The Trip to Bountiful with the late Ms. Cicely Tyson, embodying Shakespearean characters and originating characters in premieres of contemporary pieces. Her film and television credits include Prodigal Son, The Blacklist, Marvel's Agents of S.H.I.E.L.D. and Law & Order: Criminal Intent. She is a core member of Quick Silver Theater and an alumna of NYU's Graduate Acting Program. As of 2018, she has expanded her artistry to writing. During the pandemic, developing her passion project, her one-woman show - $#!thole Country Clapback - resulted in a virtual reading available on YouTube per request. She hopes to turn this piece into an episodic series on streaming platforms that would serve to educate viewers about a marginalized immigrant group that has contributed to the greatness of this country. www.pascalearmand.com

Kimille Howard (Director) is a New York based director, deviser, writer and filmmaker. She is an Assistant Stage Director at the Metropolitan Opera and recently worked on the new James Robinson production of Porgy and Bess. She is the newly appointed Artistic Director of the Lucille Lortel Theatre’s NYC Public High School Playwriting Fellowship and a cofounder of the Black Classical Music Archive. Select directing credits: In The Open by Mona Monsour (Western Connecticut State University), Soil Beneath by Chesney Snow (Primary Stages/59E59), $#!thole Country Clapback by Pascale Armand (Loading Dock Theatre), The Fellowship Plays (Lucille Lortel Theatre Foundation), A Light Staggering by Jeesun Choi (Ensemble Studio Theatre), Tidwell: or the Plantation Play by Rodney Witherspoon II (Samuel French OOB Short Play Festival - winner), Low Power by Jon Kern (EST), BLACK GIRLS ARE FROM OUTER SPACE by Emana Rachelle (National Black Theatre), Skeleton Crew by Dominique Morisseau (TheatreSquared) and TRIGGERED by Gabriel Jason Dean (Cherry Lane Theatre). Kimille was awarded Best Director at the 2016 Thespis Festival for It’s All About Lorrie by Joseph Krawczyk at the Hudson Theater and remounted the production for a commercial run at The American Theater of Actors in 2017. Her work has also been seen at The Circle in the Square Theatre Circle Series, The Flea, The Lark, JAGFest, NYU, Sea Dog Theater, and Atlantic Acting School among others. Broadway: Ain’t Too Proud: The Life and Times of the Temptations (Assistant Director). She has worked with Des McAnuff, Rebecca Frecknall, Ruben Santiago Hudson, Emily Mann, Stephen Wadsworth, Lorca Peress and more. Recent Fellowships: New York Theatre Workshop 2050 Fellowship and the Manhattan Theatre Club Jonathan Alper Directing Fellowship. She has produced shows at the HERE Arts Center, FIAF, and more. She is a current member of The New Georges Directors Jam, a participant in New York Stage and Film’s inaugural NYSAF NEXUS project, and a former Resident Director at the Flea Theater. She is the Series Producer for American Opera Project’s Music As the Message. UPCOMING: Death By Life - A new opera with White Snake Projects and L’Amant Anonyme at Wolf Trap Opera www.kimillehoward.com