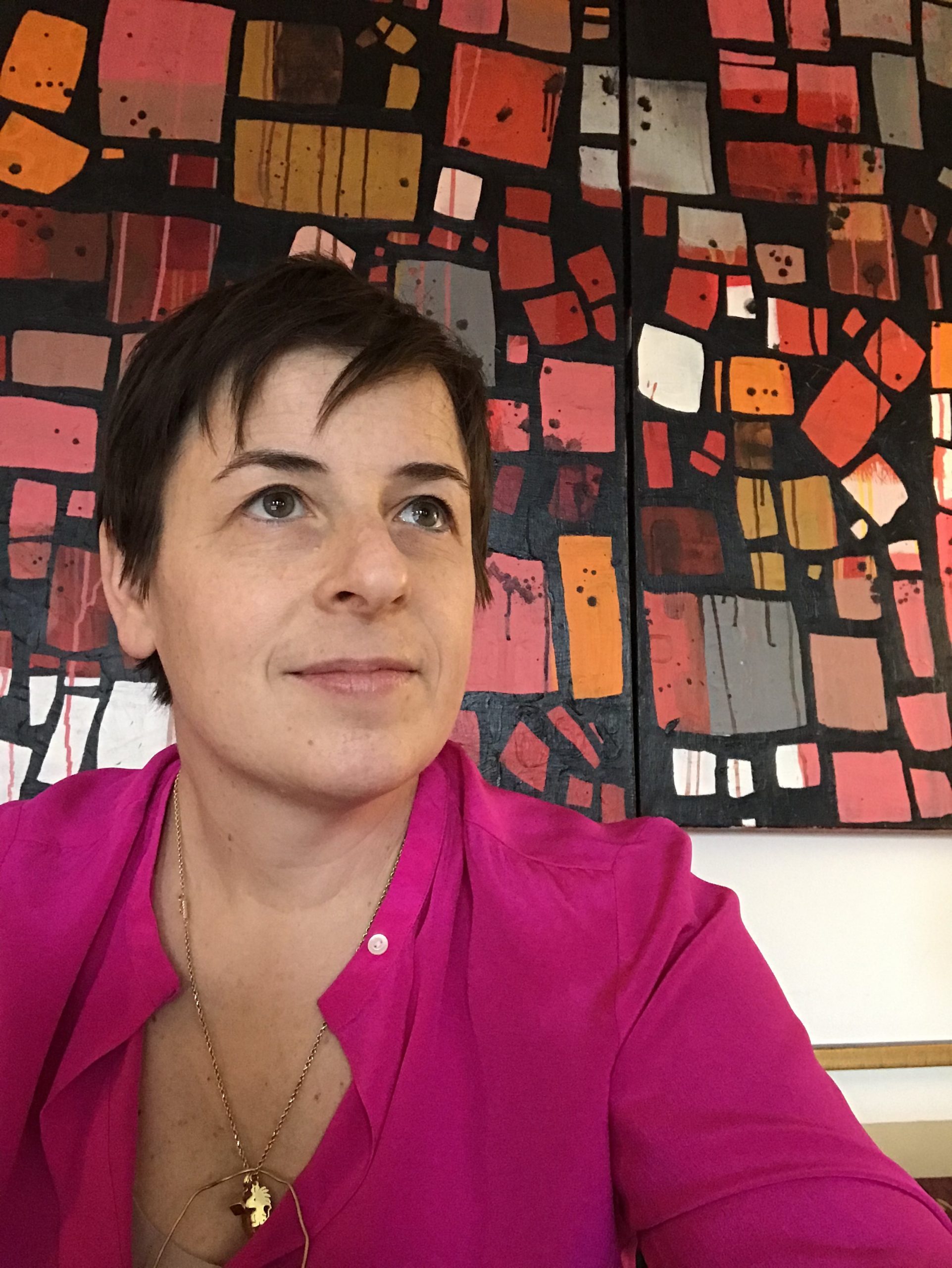 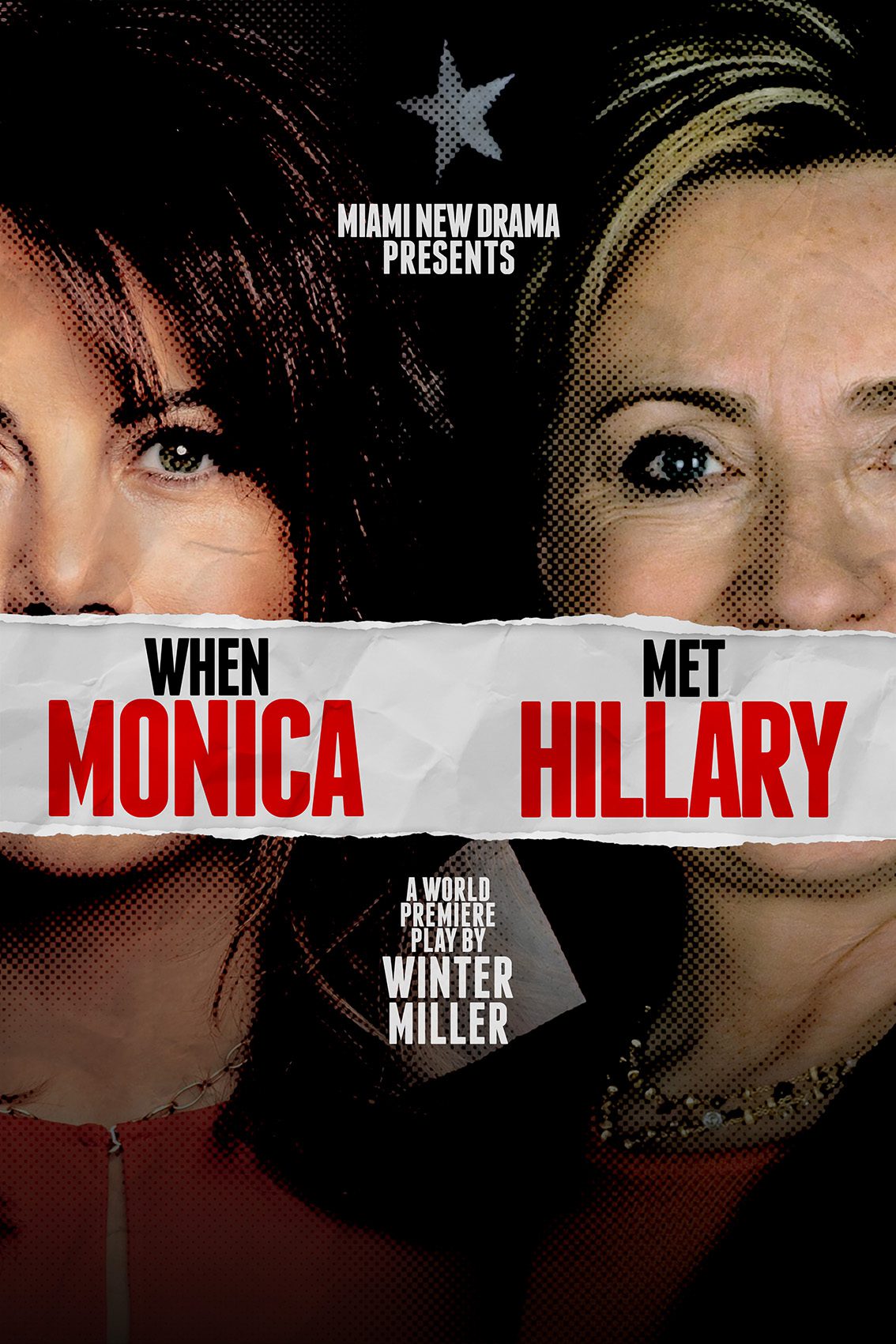 My new play WHEN MONICA MET HILLARY premieres at Miami New Drama this Feb., directed by Margot Bordelon. Any producers or ADs interested in discussing a partnership in bringing it to another city, could be as a rolling premiere. The play is topical, feminist, trenchant and funny. Four characters.
WHEN MONICA MET HILLARY
Girl meets boss. Boss seduces girl. Girl loses everything.
A First Lady overcomes, breaks the glass ceiling...only to find another.
Monica and Hillary have never met...Until now.

It's 1995. Monica Lewinsky is 22 and an Intern at the White House. She has a crush on the President of the United States.

It's 1996. Huma Abedin is 19 and an Intern at the White House. She has a plan to break the glass ceiling with the future First Lady of the United States.

You think you know the story. After all, you did hear it from the media, the news, the tabloids...but you might come to realize you don't know it at all.

Because This story is actually a tale about mothers and daughters, ambitious politicians playing the role of who are devoted wives, and, yes, the men...but they don't have a say in how this story ends.

Monica and Hillary have never met, have never spoken to each other; but what if, three decades after the fact, they did meet?

A WORLD PREMIERE play written by Winter Miller (The Public Theater's In Darfur) and directed by Margot Bordelon.

Winter Miller is a founding member of the Obie-winning 13Playwrights and a New York Foundation for the Arts Playwright. She is best known for her play In Darfur which premiered in a sold-out run at The Public Theater, followed by a standing room only performance at their 1800-seat Delacorte Theater in Central Park, a first for a play by a woman. Winter traveled to the Sudan border with her then boss, New York Times columnist Nicholas Kristof.
Most recently, Winter produced and directed her play No One Is Forgotten at The Rattlestick to rave reviews. Select plays include Spare Rib, described in a New Yorker profile as a “quasi comic abortion drama,” and The Penetration Play which The New York Times called “Cracklingly funny,” as well as Animalia Arthropoda, Look At Us, The Arrival and the musical Amandine. Her plays are published by Samuel French and Playscripts and have been produced at theaters nationwide.
Winter’s work is supported by Sundance, Djerassi MacElwee Fellow, The Cherry Lane Mentor Project, The Civilians, Hedgebrook, Blue Mountain Center, The Playwrights Center, Joe’s Pub and Nature’s Darlings. Winter has created theater with youth in war-torn areas of Northern Uganda, Palestine, and LGBTQIA populations in NYC. She holds a BA from Smith College, an MFA from Columbia University and is a proud affiliate of New Georges and The Playwrights Center. She is New York City’s Dramatists Guild Representative.
A former journalist, Winter wrote 70+ articles for The New York Times, and is profiled in The New Yorker, Bomb, New York Magazine, and on NPR’s Brian Lehrer and All of It with Alison Stewart. Eartha Kitt once held her hand for five minutes.